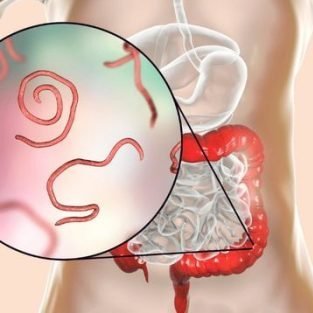 What You Need to Know About Parasites

In this blog, we will talk about Parasites and the Immune System. Parasites are commonly thought to be a severe problem mainly in Third World countries, although this could not be further from the truth. Pinworms, tapeworms, hookworms, ringworms, whipworms, roundworms, heartworms, and Giardia Lamblia are just a few of the common parasites found in western world countries today.

Parasites are scavenging organisms that live inside of us and can cause a variety of major health problems, including cancer. Parasites are opportunistic intruders, meaning they prey on their host (you) when the gut ecology is sick or the immune system is weak. Our immune system is our first line of defence against invading bacteria, viruses, and parasites; in order to stay healthy, it’s critical that it’s kept free of additional burdens so that it can continue to support our immunological function.

When parasites are given their preferred diet of sugars, processed foods, toxins, and excessive carbohydrate consumption, they can thrive in the intestinal system, liver, pancreas, brain (and many other locations in the body). The risk of these unwelcome guests, is that as their waste products are released into the body, their eggs hatch, and larva grow in tissue all over the body and they can become exceedingly toxic and even lethal.

How many parasite species are there that can affect humans?

There are over 300 different types of parasitic worm species and over 70 protozoa species known that can live on/in humans. However, there are also studies that show there could even be thousands more of other unknown types that we aren’t aware of.

What is the most common parasite in humans?

The Most Common are Intestinal Parasites.

The main 4 types of parasites

There are several hundred different types of flat worms (such as tape worms) and round worms in this category (such as hookworms and ascaris). Liver flukes are the most common parasite and are also included in this group because their eggs are frequently found in swimming pools, hot tubs, bathtubs, gymnasium floors, and everything you touch that others touch, such as armrests on aeroplanes, buses, and trains, toilet flush levers in public or private bathrooms, and elsewhere, these infect most people, at least to some degree. Because they are tough to kill, even municipal water supplies may include some. Worms and flukes rarely kill people directly. They just build up in the liver, intestines, or elsewhere, causing a variety of symptoms.

Protozoans  include Amoebas, Giardia lamblia for example. These are minuscule in size and are more commonly connected with Mexico, South America, and tropical nations with contaminated food and water. These can kill weak or ill persons if they travel from the intestines to the brain, lungs, heart, or other essential organs through a weak area in the intestinal wall. Spices can assist to alleviate these symptoms. Toxoplasma gondii which is also another protozoan parasite can be found in many countries and can infect most species of warm-blooded animals, including humans, and cause the disease toxoplasmosis. Cats are the main carriers. Usually, peoples infections are from handling cat faeces.

Spirochetes are spiral-shaped creatures that cause Lyme disease, malaria, and other diseases. Lyme spirochetes, in particular, are highly common and are transferred by flies, ticks, and a variety of other insects.

Yeasts and fungus, such as Candida albicans, are sometimes included in the parasite group of infectious agents. Candida is a resilient organism that is quite common.

As you can see, parasitic organisms come in a wide variety of forms, numbering in the hundreds. Unlike bacteria and viruses, parasites are generally large enough to be seen without a microscope, and some may even be seen with the naked eye.

In the human host, parasites overburden you with their waste, which is subsequently reabsorbed into your bloodstream, compromising your overall immune system function.

How do you get Parasites?

Parasites can infect you by entering the body in several ways through;

Signs you have a parasitic infection

What are symptoms of parasites in humans?  Below are some signs you may have a parasite infection. Please keep in mind that everyone can react differently to having parasites. For instance, some people who have been diagnosed with parasites might have only had a few of these symptoms, but some more unfortunate might get them all. It really depends on which parasite has caused the infection and the state of your immune system.

Yes, it is estimated that 80% of adults and children have parasitical worms in their bodies. However, if your immune system is working properly, it will maintain the right balance. It is when there is an imbalance in your immunological function that these unwanted guests can take advantage and take over causing a lot of havoc to your health.

How to test for parasites

Get in touch with us! There are numerous integrative pathology tests we can provide you with such as the Faecal Multiplex DNA PCR -Stool Test from NutriPath.

The faecal PCR test detects parasite and bacterial DNA, making it a more accurate procedure than a standard Micro, Culture, and Sensitivity (MC&S) test, which is typically requested by traditional laboratories.

Traditional microbiological approaches may miss pathogens that cause infectious gastroenteritis, but the faecal PCR profile can detect them quickly, specifically, and sensitively. PCR relies on parasite molecular screening rather than parasite detection based on a microscope examination of faeces (stool samples).

Regardless of what your health issue is, we will investigate until we find the root cause. If we find out that you do have a parasitical infection then we will create you an individualised treatment plan specifically for you to correct the problem and get your immune system back to optimal health.

Book here to get started on your health journey today!

We hope you enjoyed knowing more about Parasites and the Immune System. Let us know below in the comments!

Self Leadership To Overcome Bullying

Welcome to A Magical Life, health, wealth and weight loss podcast. Today we are with…

Have you been getting Junk Food Withdrawl In Lockdown? Nando’s, MacDonald’s, KFC, Hungry Jack’s (Burger…

When Life Gets In The Way