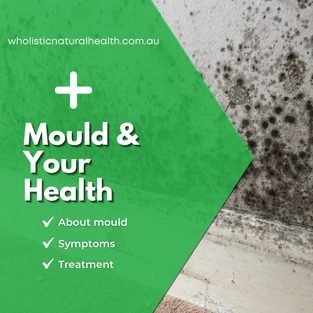 Mould is found in roughly 70% of homes. In addition, approximately 28% of people are genetically prone to toxic mould-related health issues.

There are more than 100,000 types of mould that are found both indoors and outdoors but there are 37 more common types. The three most common indoor moulds are Aspergillus, Penicillium, and Cladosporium.

Contrary to popular perception, the colour of the mould has no bearing on its toxicity. Black mould has been known as ‘toxic mold’ but just because mold is black in colour does not always mean the mold produces mycotoxins and some moulds that aren’nt the color black can produce mycotoxins and be just as toxic.

Moulds are a typical occurrence in both commercial and residential structures. Thriving in damp environments where there is excessive moisture, such as around roof, window, or pipe leaks, or in flood-damaged areas. Mould takes about 24–48 hours to form after water damage and can grow on a variety of materials such as paper, cardboard, ceiling tiles, wood, dust, paints, wallpaper, insulation, drywall, carpet, fabric, and upholstery.

Mould spores can infiltrate your home through open doorways, windows, vents, and HVAC systems and can even stick to clothing, shoes, and pets, which can then be taken inside.

Many building materials include nutrients that actually foster the growth of mould. Wet cellulose materials, such as paper and paper goods, cardboard, ceiling tiles, wood, and wood products, are especially favourable to mould formation.

Mould growth can be avoided if humidity levels are kept below 50%. However, that means that the weather can play a massive role for certain countries to be more inclined to have a problem. Australia is very affected by humidity and floods in certain regions so mould toxicity can be a massive problem here.

Mould has the potential to be harmful to one’s health

Allergens (compounds that can cause allergic reactions), irritants, and, in some situations, potentially poisonous substances (mycotoxins) are all produced by moulds. Sensitive people may experience allergic responses after inhaling or touching mould or mould spores. Even if you leave the infested residence, you can still remain infected since the mould spores can remain inside you until you receive treatment.

What are the signs and symptoms of toxic mould poisoning?

These are all possible side effects of toxic mould exposure but vary from person to person.

How can you tell if you have a  mould issue in your home?

Large mould infestations may typically be seen or smelled because they have a musty odour, although they are not always visible because mould can dwell in wall cavities.

Most people presume you can just paint over it or put bleach on it and it will go away, but unfortunately this isn’t true. As if you have mold it means there is a moisture problem in general, so it will keep on growing in the air and once it’s been inhaled it can grow inside you.

Who is at the greatest risk of developing health problems as a result of mould exposure?

Allergy sufferers may be more vulnerable to moulds. Fungal infections are more common in people with immune suppression or underlying lung illness. Breathing difficulties can occur in people who have chronic respiratory disease (e.g., chronic obstructive pulmonary disease, asthma). Mold infection is more likely in people who have had their immune system suppressed.

Diagnoses can be found going to a qualified mould toxicity practitioner like ourselves to assess you and your home.

We work with San Air and we are recognised qualified mould toxicity practitioners, so we can help you treat your house and also treat your body.

We can also provide special sinus sprays & even provide wearable technology to protect you from further damage.

If you think you might of had mold exposure and would like more information, get in touch for your free no-obligation health assessment by clicking here.

Today on It's A Magical Life Podcast lets talk about Inflammation. We have a listener's…

Karen Kamenwa on Family and Value

Welcome to It's A Magical Life Podcast. I'm your host Magic Barclay, lead practitioner at…

Categories
Get Started Today!
© 2017 Wholistic Natural Health
Back To Top
×